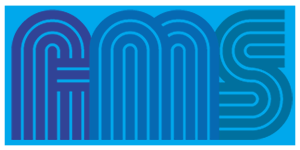 In a recent interview in the German newsmagazine Aktuelle Musik Schau (AMS) Vigg Strubble was asked to name at least one contemporary colleague whose music he likes. Vigg told the journalist to get lost.

The reason for all this fuss was another little piece about the life and work of Vigg Strubble earlier on in that same year 2015 in a magazine called Musik Report Heute (MRH). According to this last piece of publicity Vigg would have said: “…only the babyboom generation could make good popsongs…”.

On behalf of Vigg Strubble himself his management would like to contradict, most strongly, this alleged statement of Vigg. Vigg enjoys the music of the younger generation very much. For instance: (1) Alabama Shakes. Quote Vigg: “The album Sound & Color (2015) is one of the best albums in the last couple of years.” (2) Nathaniel Rateliff & The Night Sweats. Vigg: “Their latest album released by Stax Records (2015) is in one word: superb!” And (3) Ian Siegal & The Rhythm Chiefs. Vigg: “The live coverage of their performance in Holland on the album One Night In Amsterdam (2015) is exciting to hear. Over and over again. Ian isn’t a youngster anymore, but the Dutch (!) members of his stageband are surprisingly young. I keep on listening to Writing on the Wall (track 5) and Gallo del Cielo (track 9). The covers of these songs should be high up in the ranks of Spotify. What arrangements! What a rhythm section! What about the guitar playing of Dusty Ciggaar on Gallo del Cielo? Monumental! This cover would make Tom Russell proud again that he wrote the original song. And what a sound Ian Siegal creates on this album. It is a joy to listen to it. Again and again.”