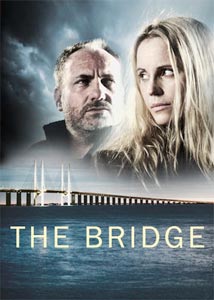 In a brief interview in the online Norwegian magazine Her og Nå Vigg was telling about his preference for Scandinavian TV series and Scandinavian films.

The short article starts with: “(…) On the whole Vigg Strubble is fond of all kinds of Scandinavian TV series like Dag, Den fördömde, Varg Veum and the excellent The Bridge. About the latter: it is Vigg’s opinion that the opening tune of the TV series The Bridge is an outstanding arrangement.

Vigg carries on: ”This tune gets stuck in your head, very creepy, just like the TV series itself. It sounds like a very thin melody but it is powerful as hell.” And Vigg goes on: “While we are on the subject: you have to consider Nick Cave’s tune for Peaky Blinders, the extraordinary BBC series. That’s something else! What a good choice of the producers! Listening to the opening tune of Peaky Blinders the viewers will think: what-is-gonna-happen-this-time? Sublime choice to take a small part of Nick Cave’s song Red Right Hand!” And Vigg makes his closing argument on this point: “Critics are already calling Peaky Blinders ‘The Godfather’ of the current generation. I totally agree. Another famous musical theme everyone remembers well. It’s already happening with Nick Cave’s arrangement.” (N.#34/10/2015)